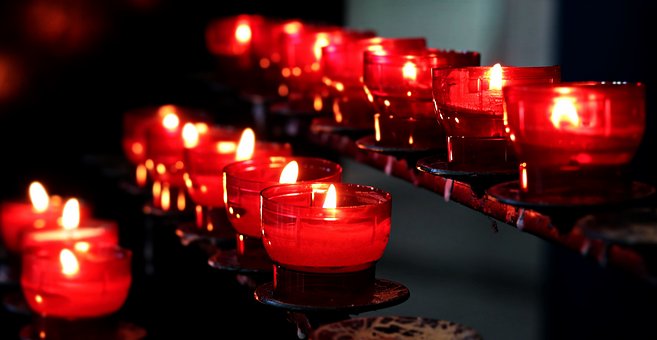 If you’re involved with fellow Christians and you frequent social media, you’ve probably run into this familiar scene: a well-cropped photo with an alluring filter, an open Bible’s pages gently opened to an inspiring message, a highlighted line, a appropriately worn journal angled to the side, and a cup of coffee in the top corner. Yes, the Bible study picture. We’ve all witnessed it. Most of us have probably posted it. The likes and hearts validate us and our pursuit of faith.

Outside of the picture, though, how deliberate are our prayer lives? Do we spend more time curating the picture of the Bible and coffee than we do actually studying and praying? For the past month, I have taken steps to become more intentional in my prayer life. By intentional, I mean making prayer a priority, not just a passing breath as I roll out of bed or ready myself for sleep. But rather solid, uninterrupted time talking to the Lord.

Here are a few tips to help you cultivate your prayer life from passive to intentional:

1. Find a Companion Book. One of the best tools for prayer you can use is a book (or ebook). Personally, I prefer to use the daily Mass readings as a prayer support. I receive a dose of the Old Testament, the Psalms, a second reading from the New Testament (most days), and a message from the Gospels each day. While I highly recommend Abide in My Word for daily Bible readings, you can use any translation you’d like. I will read, and then pray for the needs on my heart based on the passages.

As of yesterday, I began reading the daily meditations in Rediscover Jesus by Matthew Kelly of the Dynamic Catholic Institute. It’s a 40-day devotional series designed for Lent, but it appropriate for anytime of the year. It’s already challenging how much I thought I knew about Christ and the Faith.

2. Timing is Everything. I’ve heard an old saying that says “People have money for the things they want.” I believe this phrase is appropriate for our time: We have time for the things we want time for. We have time for the gym, to go out with our friends, and to watch our favorite television shows. But when it comes to intentional prayer, it’s “Sorry Lord, I just don’t have the time!”

How can we beat this trend? Simple: Find a time and stick to it. What works best for you? For me, it’s the morning. I set my alarm a few minutes early so I can pray and read without feeling rushed. Often, once I’m in the thick of prayer, I don’t miss those few minutes of sleep. I keep this timing consistent each day, even if it’s a day when I sleep in.

For you, mornings may not be the best timing. You may work nights, so the afternoon may be more applicable. Yet, I would still argue for the benefits of morning prayer time. You’ll find that when you start your mornings talking to the King of the Universe, the day flows with much more grace.

3. Use Technology. You thought I would tell you to hide your phone during prayer time, right? Partially. Technology can be a distraction during prayer time, but it can also be a great help to enriching your intentional time with God. Thankfully, there are many apps that can help you find your way to better prayer.

First, Catholics often get a bad rap for “vain repetitions” and scripted prayers as if we don’t pray from the heart (Spoiler alert: The book of Psalms is written prayers). I have found that the use of written prayers has helped me tremendously, and I am able to voice praises and concerns I wouldn’t have thought of on my own. With that in mind, my favorite app is Laudate. You can find it in the Apple Store and Google Play. One of my favorite prayers to pray using the app is the Litany to the Sacred Heart of Jesus. What a great way to pray and meditate on the heart and love of Our Lord!

Other apps I enjoy are Relevant Radio and Echo. Each of these apps connect me to audio prayer, interactive prayers, and prayer reminders.

If you’re looking to boost your prayer life, don’t wait. Start today! Jesus is waiting for you to talk to Him, and when you choose to be deliberate in His presence, you won’t find disappointment. May God bless you as you begin (or recharge) your routine.

“When we go to Mass together, I’d like you to wear a veil. I think it would be a good witness to everyone, especially the other women in the parish.”

If you step into, say 95%, of Protestant or Catholic churches, you won’t find but a handful women wearing head coverings or lacy veil. Gone are the days when most women wore elaborate hats (save for Easter) or little girls a tiny doily for a crown. Unfortunately, I believe this is a long-standing Christian tradition that has been tossed by the wayside for the sake of modernity. So, when my boyfriend (now fiance) uttered the request quoted above, I knew I had to take the importance veiling under more serious consideration. 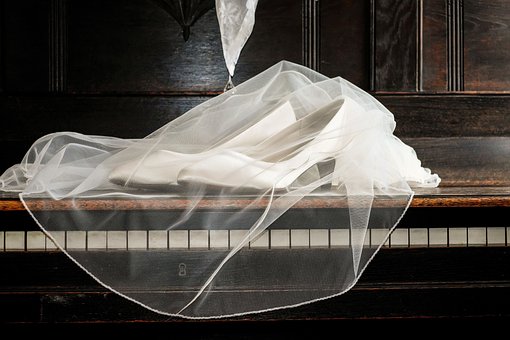 As a Catholic Christian, I believe that when a woman wears a veil to Mass, it is a visual reminder to both herself and those her around her that she is, first and foremost, submissive to God. I should add that I do not believe that the act of veiling is an issue of salvation. Just because I wear a veil to Mass does not mean I am automatically going to heaven, and because you don’t, it doesn’t mean you aren’t God-fearing or love the Lord. A woman can veil everyday of her life, and still not understand the truth of Christ in her heart.

Though veiling is certainly foreign to most church-going women in the West, it wasn’t completely unknown to me. In high school, I sometimes wore hats to church. Often, I had read St. Paul’s advice to the women in Corinth, stating “But any woman who prophesies or prays with her head unveiled brings shame upon her head…” and also, because “of the angels” (1 Cor. 11:5; 10). If it was in the Bible, I knew it must be important. Ultimately, in the same chapter, Paul also issues the hierarchy of the Christian home, which for many, is a hard pill to swallow or even ponder. Yet, the foundation of families and Christian submission both mesh into the reason why many women veil on Sunday mornings or any time they enter a church building.

But, I’ve heard the detractors before, “A woman covering was a cultural thing, and now it doesn’t matter in our current age. Head coverings and family hierarchies are symbols of an old, misogynistic past.” But, what if we viewed Paul’s teachings as a way to publicly witness for Our Lord?

While I could express my own views about the power of the chapel veil in evangelization, I believe that Catholic family apostolate Veils By Lily offers a far superior explanation (bold emphasis mine):

In 1 Corinthians 11:7, St. Paul says, “A man, on the other hand, should not cover his head because he is the image and glory of God, but woman is the glory of man.”

Throughout the Bible, nuptial imagery is used to represent the love of God. In Ephesians 5:25, St. Paul says “Husbands, love your wives as Christ loves the Church” and this, taken in conjunction with 1 Corinthians 11:7 (and the rest of that passage), reveals this nuptial imagery: man is to Christ as woman is to the Church.

Since the Church is the “bride” of Christ, it makes sense that the bride should cover her head “as a sign of authority” (1 Cor 11:10) and submission to the bridegroom, Christ, whom men represent. The Church submits to Christ, not the other way around. It is a submission of love, not repression. Who wouldn’t submit to Him Who loves her unto death?

“The veil is a visual sermon … a public proclamation before the Lord that He IS the Lord and that we love Him and that we are ready to obey him. It’s a totally counter-cultural statement proclaiming obedience in the midst of a culture that is totally permeated with this attitude of ‘I will not serve.‘”

The veil is also a sign of the great dignity inherent to a woman, who has the potential to receive life within herself… both human life and the supernatural life of God. This is an important message the world needs to hear, now more than ever!

As Christian women, Jesus gives such a beautiful and sacred sacred role in our lives. Just as in a home, men should represent Christ, women are tasked with the representing the role of Christ’s bride, the Church. We have the job of personifying God’s Church!

Nearly exclusively, the idea of submission goes against the grain of our modern society. Take a look in any bookstore. When perusing the selection for women, there are countless titles on how to be a boss in personal and professional life or how to achieve corporate success through aggression. Walk down the aisle further, and you’ll see dating books praising hookup culture. There are few books about the power of a quiet, gentle spirit.

When a woman wears a chapel veil or head covering, she says in a humble spirit to the world, “I am Christ’s and I am submissive to Him.” A woman need not be a married housewife living under the mission of a husband to practice this calling. Just as wives are called into Godly submission to their husbands (representing the submission of the Church to Christ), any woman can wear a veil and say that she is submissive first to Christ: Not to a secular idea or philosophy, not her career, not any other outside force.

When I veil, I believe I am displaying my commitment to Godly submission. I show the world that yes, I work a public career and I have other obligations. But first and foremost, I am living the virtue of submission to Christ. I show my respect, reverence, and awe of Christ in the Blessed Sacrament. He is first: not my job, not my appointments, not my plans, and not even my fiance. Christ is King, and He is the ultimate ruler of my life. Finally, in the future when I am married, I pray that I can faithfully mirror the image of the Church in my relationship with my husband (who will reflect Christ in our home).

If you are a woman and thinking about the practice of veiling at Mass, I pray you will consider it. While veiling alone won’t take you to heaven, it can surely help you get there. I understand that for some ladies, it may feel awkward to be the only one with a veil. That’s totally normal, and I’ve felt the same way. Instead, look at veiling as a public witness for Christ that is humble, gentle, and ultimately revolutionary.

For more information about veiling or to purchase a veil, please visit Veils By Lily. If you’d like to chat with me more about veiling, check out my Connect With Me page. Finally, the video below is a wonderful testament to the practice of Christian head covering in the Mass.