Note to readers: I know, I haven’t posted anything except a smattering of book reviews since September 1st. My profound apologies.

I love languages: acquisition, history, alphabets, sounds, shapes, grammars, linguistics. I spent 18 months of my life acquiring a master’s degree in English as a Second Language just so I could understand, and it’s all very fun to me. Once upon a time, I owned a book and inside it’s pages were poems written in English and another language. I remember one little poem was translated into German. While in the car with my mother and 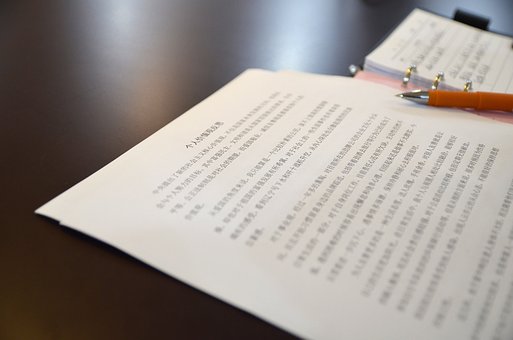 grandmother, I proceeded to read the poem out loud, convincing everyone I could read German. Though I knew little about the different sounds that different letters owned in different alphabets, but in my mind I was reading German. And I liked it. It was fun. I experimented with sign language a bit, though I never reached fluency.

In high school, I took two years of Spanish and loved it. To this day, I can’t understand why I never spent a whole four years in Spanish. Side note: Ms. Zuelly, if you catch this on my Facebook page and read this, I’m kicking myself in the pants for not taking both Spanish 3 and 4.

Surprisingly, learning a new language can be fun and rewarding when approached the right way. Currently, I’m studying Mandarin Chinese with the Yoyo Chinese online platform. Here’s what I’ve learned while learning Chinese.

Pacing. Don’t expect fluency overnight. Because I learned a select few phrases with my boyfriend’s help, I foolishly thought I could jump right into intermediate beginner’s Chinese. Wrong. I, like everyone, else had to start at square one. While I wanted instant fluency, right now I can say “I like cola” and “I have four wives and a younger brother.” Every little bit helps.

Drill. When learning a new language, repetition and drills are key. Flash cards? Yes. Staring at worksheets? Yep. May I suggest using the online tool Anki? This helps me and paces my flash cards so I don’t become overwhelmed. I’m not for sure how it works if you’re not provided the electronic flash cards, but it’s a wonder. Finally, even when it’s most frustrating, you’ll have to press on.

Talk. In both Spanish and Korean, reading is my strong point. I can read most signs in Spanish and sound out most of the phrases in Korean. However, I am terrified of speaking in a foreign language. When I lived in Korea, I would take the bus instead of a taxi. If I took a bus, I didn’t have to speak. I find speaking painfully nerve wracking and I hate failure. If I speak, I want to be flawless. I don’t want to be just another laowai butchering the mother tongue in the Chinese restaurant while ordering chicken lo mien and wontons.

For example, the boyfriend and I went to a Chinese restaurant nestled between a liquidation store and a fruit store. I wanted ice water, but he had ordered hot tea in a kettle. Instead of asking the server for water, boyfriend called the server over and then stared at me.

Are you going to ask her for ice water, or not?

Me: Mute, internal dialogue: why can’t I find contentment with hot green tea?

Me: Wo yao bing shui.

Water acquired and very few blushes had. Now that wasn’t so bad, was it?

If you’re looking for happiness, I suggest learning a new language. Learn something typical: Spanish or French. Learn something wild and rare: Esperanto or Latin. Learn the language your grandparents spoke when they came to the country you live in: Maybe Italian, Greek, Korean, Russian, Chinese, or Mixteco. The possibilities are endless, and when you learn a language, the potential for happiness is endless.

The hill, steep and unruly, was especially difficult in the humid Korean spring.

However, before the hill, I was always in a steady descent, looking at the Pacific Ocean and the shoreline. Somehwere beyond the horizon, was California or Japan, depending on which direction I gazed. This day, as I finished the gentle slope, and began the ascent into the Seogwipo city center, was no different. I shifted my backpack and began the trudge. I thought about the strawberry smoothie at Ediya Coffee waiting for me once I conquered the hill. 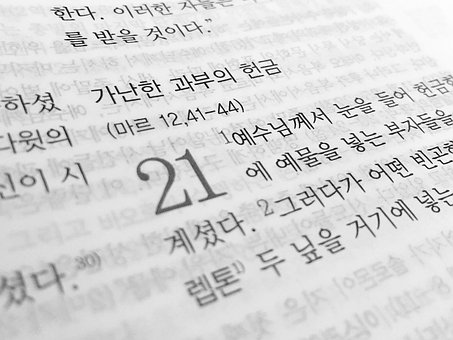 As I passed the duck meat restaurant at the steepest part of the hill, my phone rang. In Korea, my phone never buzzed with incoming calls, save for a the time a drunken Korean man butt-dialed me at midnight or my host sister thought I was lost on a city bus. On the screen, it was my host mother. My heart stopped for a second. I spoke as much Korean as much as she spoke English. I wasn’t worried if this was an emergency, I was worried about the language barrier.

My host mom starts in a slow string of sentences in Korean, I hear words what I believe to be o0-chae-kook (post office) and tek-bae (express package service). I rattle my brain: The night before I packed up my winter clothes and supplies to be shipped back to the United States, nearly 100 pounds. My host mom said she would call tek-bae to pick it up and ship it. Other than that, I had no idea what she was going on. Hopeless, I launched into my roughly standard “Cho-nun rotary, o-di-ay-isseoyo?” or “I am in the rotary city center, where are you?”

After I returned home, my package was gone, and my Korea Post receipt and customs form was on my desk. It had successfully shipped. To this day, I’m not for sure what my host mother was trying to tell me about my package, and I only have a rough idea.It was one of many unique moments where I was left wondering, “What did that mean?” or “What did I mean when I spoke with shoddy Korean?”

However, I tell the package story to tell you another one: I love languages.

In elementary, middle school (and beyond), I was captivated by the idea that somebody, somewhere could not understand my language. I obsessed, wondering what English sounded like to someone who did not know English. It would hit me like lightning as I sat on the porch or read a book: We use these words to say certain things, but isn’t that strange? How do we know it means what we’re saying? Middle school is a difficult time when you’re trying to figure out the meaning of life, much less the philosophical meaning of language.

When I applied to be an English Teaching Assistant through the Fulbright program, one of my goals was to learn Korean. In my application, I said I wanted to be fluent by the end of my grant year. In the seven-week orientation for new grantees, we were told that according to the U.S. Department of State, Korean was at the top difficulty level for native-English speakers to learn, alongside Chinese and Arabic. We learned that government agents stationed in Korea often take three years of full-time classes just to learn the language.

During our mandatory classes, the difficulty of the language was alive and well. Some of my classmates took to Korean like a fish does to water. I was more of a wary new duckling who was not sure the water was safe. I struggled, and I was disheartened. I wanted to be good, better than anyone else. Though I improved my Korean throughout the year in a real-life setting, I was not fluent when I left the peninsula. I still love the language.

Now, I’m in a relationship with a speaker of Mandarin Chinese. He knows I deeply admire the tones and rhythm of the language, and every night we practice with a workbook over the phone. I love it, but it’s painful to my ego. The tones, necessary for meaning in Mandarin, are difficult for English speakers. There are ways I have to position my tongue, lips, and teeth I’ve never had to before, even when I spoke toneless Korean. I become frustrated when my Mandarin tones are tinted with a Kentucky accent and don’t depart my mouth the way I intended. Nevertheless, I press on because I love my boyfriend and I admire the rich language.

Through these experiences, I’ve learned that acquiring a language  is like trying on a dress or shoe that is two sizes too small. It has the potential to look wonderful on you, but when you try to model it to well-meaning friends and relatives, they lie to you and say it’s “Really, really good!” In reality, you’re stuck in this dress or shoe until you can adapt to it and fit into it without a struggle. Some learners adapt to a strange new size quickly and slide right in, while others determine that being “snug” in their new language clothes is quite alright. Some choose to toss the dress or shoe aside.

I’ve determined from various linguistic ventures that language is a wonderful peril. We often misunderstand each other in the same language, but two people who don’t speak the same tongue can easily find a connection through silent language. We can all be silent. Finally, for those who are earthbound, language education is a wonderful way to sample a foreign culture and a different way of life. For those of us more inclined to flee the continent for periods of time, it’s one way to thrive in a strange environment. Especially environments with steep hills, duck meat restaurants, and concerned host mothers.