Every July 13th, I remember my Korean host father.

It was the day he died.

When I was a Fulbright teacher, I lived on Jeju Island, dubbed the “Hawaii of Korea” (and the namesake of this blog). One of the highlights of the Fulbright Korea English Teaching Assistantship is that for your first year, you must live with a host family. As I’ve said in past posts of past blogs, I truly hit the host family jackpot. I was seamlessly knitted into the fabric of my family, and I was welcomed into every aspect of Korean family life. Chuseok (think Thanksgiving), New Years’, Christmas, birthdays, I was present. Unlike other teaching assistants, who were sometimes pushed to the side during the year, I was blessed with a warm home.

In August 2014, as I was moving into my new apartment in Western Kentucky, I received a KakaoTalk message from my host sister saying that her father had died. I was stunned, as if a pile of bricks had hit my head. Just some 400 days earlier, my host father (whom I called Bruce), had dropped me off at the Jeju International Airport so that I could meet my connecting flight in Seoul back to the United States. While I won’t linger on the shock and aftermath in this post, you can read more about it if you click here. Today, instead, I’ll ramble for you.

I had lost family members before, sure. It hurts. For example, I still think of my paternal grandparents each and every day. But, when I found out that Bruce was gone, it was unbelievable. Young people die, but not young people that I know. That is far from fair, and not the life I planned. I imagined reunion upon reunion in Korea, and now, that is but a dream.

The family I lived with has shifted dramatically. The house I stayed in for my year is no longer occupied by my family. Last June, I stood outside of the house, wondering who lived inside.

Now, my host brother is now serving his mandatory 2-year military service. My host sister and host mother have moved to a large city, about 50 miles outside of Seoul. As for Bruce, he rests on Jeju Island: where he born, where he lived, and ultimately, where he died. 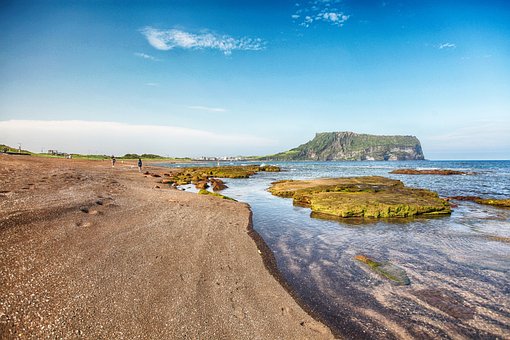 Sometimes, when I’m using Google Maps or Naver (the Korean equivalent), I’ll use street view outside of the house. I’ll see Bruce’s truck, or my host mother’s car. Often, I’ll just smile when I see the little island on the map. It reminds me of a time of goodness and love, a time that I’ll never get back. In a way, I think that’s a very good thing. I treasure my time on the island, and with my host family, even more. Maps are good for that nostalgia.

Today, life is different. It moves on, rather we want it to or not. Sure, the home stay is empty and my host family is gone. But, in my heart, Jeju is the island of peace. It’s where I formed lifelong friendships and bonds. It’s where Bruce’s life touched mine, if but for a single moment in eternity. And for this, I am perpetually grateful.