Last summer, while barreling over Russia and the Pacific Ocean on a return trip from South Korea, I was engrossed in After Dark by Haruki Murkami. With a clock counting the hours between 1:00 AM and 6:00 AM at the beginning of each chapter and typical Murakami surrealism, I regret that I’ll never be able to read this book for the first time ever again. Like all good things, After Dark begins in a Denny’s, like my own Japanese adventure in the infant days of 2013. 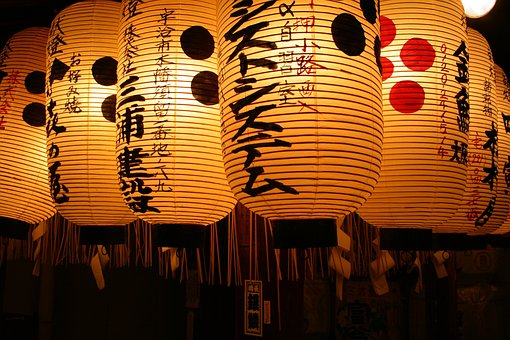 I don’t know if we were hungry, jet-lagged, eager to get out or a combination of all three. But, in the cold New Year’s Day, Alley and I bundled up and made our way around the corner. In all it’s familiar glow was the blockish-sign with hazy red, suspended in the neon darkness that was Tokyo. After eight hours waiting in the airport, subsisting on thin wheat cookies, I was in relief.

You see, I don’t travel to places to try the food. I just don’t. I like the sights, the sounds, and the culture. But, I don’t particularly care for an authentic culinary experience. I’m the world-traveled American, who at the end of the day, just wants the comfort of Taco Bell. On this New Year’s Day, as per usual, I wasn’t leaning towards a bento box or authentic sushi. I wanted to familiar, and that familiar was a Denny’s.

Our meal began with ordering drinks – rich, savory Coca-Cola. In the States, a soda at a sit-down establishment may cost you up to $3.50, with free refills. In Japan, the world is different. You can order a Coke, but it’s just one Coke. It will cost you around $6. Yes, $6. Or, if you’re a high-roller, you can order unlimited Cokes for $12. What did we do? Order unlimited Cokes. I was thirsty and Coca-Cola in Asia has a magnificent taste.

I scanned the menu, smattered with Japanese characters and pictures. No English. Traditional pancakes faded into spaghetti with raw egg on top, strange salads, and other pastas. I love pasta, and I was ravenous. I didn’t want a burger, but rather the dish with fettuccine noodles and white sauce topped with steamed crab meat caught my eye. We ordered, and I took in the view.

In one corner, a Japanese woman in a mint green kimono sat with her two children. This was not a flimsy, tourist kimono, but an authentic kimono. Her hair was tied up in a bun, and she ate with chopsticks while her children fought over french fries. I tried not to stare, but among the chrome and the neon, there was this traditionally dressed woman with a serene aura eating in a trademark American restaurant.

Even further down the row of booths sat a legitimate sumo wrestler. A group of teenagers bustled in, heads buried in phones and thumbs texting away wildly. I watched the cooks in the kitchen slide french toast and burgers and raw squid in salad into the window, waiting for the servers.

Everything that one would image you’d see in Japan, I saw in the Denny’s. Our food finally came, I savored the thick sauce and chewy crab meat. I drank the most expensive Coke I’ve ever purchased. I struggled to wrap the long noodles around the cheaply made chopsticks.

Unlike Mari, the main character and Denny’s patron in After Dark, my evening did not spiral into a mystical journey across Tokyo’s seedy underworld. It ended with me tucked into my bunk bed at the hostel, only for us to arise and return to the same Denny’s. While I can barely tell you the other meals I ate in Tokyo, I can tell you about going to Denny’s. And I can tell you about the woman in the kimono and the endless stream of Coca-Cola, punctuated with a foreign chatter.

One thought on “During Dark and Daylight: The Story of a Tokyo Denny’s”