“You mean to tell me the gate for Charlotte has been changed again?”

This comment was spoken all too often by an older gentleman that afternoon; gate changes were too frequent. I was headed home from San Diego, perched at the Dallas-Fort Worth International Airport during a layover. Despite the weekend travel crowd, I found a seat at a charging station, plugged in my laptop, and enjoyed the ambiance (in spite the gate changes of my Charlotte-bound flight). 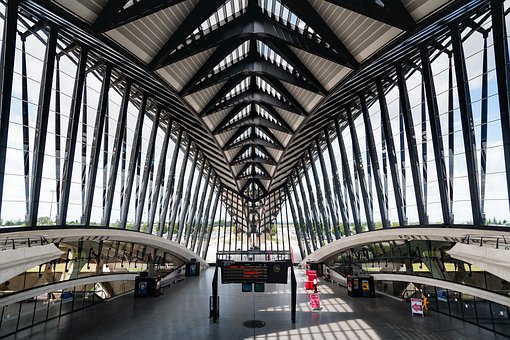 The gate changes didn’t bother me and neither did the man cursing at a gate agent about 100 feet away. I watched a woman wrangle her small child while waiting in line at McDonald’s. Nearby, and elderly couple with canes waited for their flight to Chicago to begin boarding. In the distance, a group of college-aged women gathered around a phone-charging station. In the chaos, I was at near-perfect peace during the three-plane journey home.

Airports are happiness. I’ve posted on other blogs how much I love airports. On a trip, getting there isn’t only half the fun, it may be most of the fun. Often, when I fly, I’ll arrive at the airport 2 hours early. My primary motivation is people-watching and wondering where everyone is going and why. Why is that elderly couple flying to Dallas and then on Hong Kong? What is that woman flying to Albuquerque? How many people here have never flown on a plane? Why is anyone traveling today? The possibilities are endless.

I remember well the time I flew to Tokyo via Narita Airport on January 1, 2013. I was waiting on a friend to arrive from the States, and from there, we would go into the city. I had about eight hours to kill and my Korean Air flight had been delayed while departing from Seoul. No worries for me, though. I walked through the terminal, back-and-forth, for hours. Across from me, a father and daughter, sat. The father was an airline pilot from the US, and I assume he had brought his daughter along for free to experience Japan. I ventured onto the observation deck to watch planes land and take off to the corners of the earth. I sat in a massage chair. I eventually made it to downtown Japan.

Other times have been just as exciting and/or traumatizing. In February, I went to New York over a long weekend. As I returned to LaGuardia Airport, a blizzard began to fall, delaying traffic. I was terrified and my flight was delayed. I checked my bags and ventured down to the terminal where hundreds of other people stood, waiting in herds to know if their flights were canceled. I struggled to find a seat, and luckily, I found a seat at a bar-like restaurant in the terminal. I ordered a Diet Coke (way overpriced), and waited. A flight to Wisconsin canceled. A flight to Detroit was rescheduled for the next day. I sat anxiously, praying a flight to Kentucky was still good to go. Long-story-short: I made it home, but at 1a.m. and with work the next day. I survived, surprisingly, with a lack of sleep.

In my mind, airports are like a contained mini-society. There’s so many different types of people with so many different places to go. We all have our different reasons and purposes, but we’re all going somewhere. The energy of so many people traveled to so many different corners is nothing short of exhilarating – at least for me. Maybe you hate airports, the lines, and the chaos. Maybe you’d rather ride a camel across the country than fly in a plane. But, I can’t think of a better way to travel than to watch people in an airport, with the spirit of travel in the air.

One thought on “Something About Airports”